This cut came on the heels of record tobacco tax revenues of $3 billion.  The current tobacco control budget thus represents less than 1% of tax revenues collected from Canadian smokers. Put another way, From January 1 to January 3, cigarette taxes contribute toward federal tobacco control programs.  For the remainder of the year, Harper's government does whatever it wants with this cash grab.

The US Centers for Disease Control recommend that governments should spend $6 per capita to sustain a comprehensive tobacco control program.  The $28 million in federal funding represents just 81 cents per capita.

The cuts were roundly criticized by the Canadian Cancer Society, the Non-Smokers Rights Association, the Ottawa Heart Institute, the Quebec Coalition for Tobacco Control, Physicians for a Smoke-Free Canada, the Canadian Medical Association, and on and on.

Health Minister Leona Aglukkaq described the cuts as a refocusing of the program on populations with higher smoking rates, in particular aboriginal populations.  What is doubly tragic about this statement is that the Minister, an aboriginal Canadian herself, is presiding over a reinstatement of the First Nations and Inuit Tobacco Control Strategy with only $5 million in annual funding, half the level of funding for the program that was suspended shortly after the Conservatives took office in 2006.
Posted by igm at 00:00 No comments:

With soaring poll numbers favouring Mulcair and the NDP (Ipsos' poll, Forum's poll, Nanos' poll), the Liberals can finally enjoy a reprieve from being the target of Conservative Spindoctrination.™­ It is now Thomas Mulcair who is the target of the attack.

George Will on The Donald and other Colbert Treats

Tonight on Colbert, Colbert quotes George Will "who said this, this week, on this week's This Week:"

George Will: The cost of appearing with this bloviating ignoramus is obvious it seems to me: Donald Trump is redundant evidence that if your net worth is high enough that your IQ can be very low and you can still intrude into American politics.

Colbert also drops some Latin for you Classical Nerds, quoting Cato the Elder's "Carthago delenda est" (Carthage must be destroyed).  Then he dismisses his audience's lukewarm response with: "De gustibus non est disputandum (In matters of taste, there can be no disputes).

Colbert finds the silver-lining in Egypt's Presidential runoff between Mohamed Morsy and Ahmed Shafiq:  "Nobody likes either candidate; angry protesters are screaming in the streets; and only 46% of registered voters went to the polls--which means Egypt finally has achieved American-style democracy....Because democracy isn't about getting everything you want.  It's about not getting most of what you don't want."
Posted by igm at 23:05 No comments: 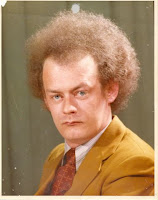 Zoellick: The Best Antidote to Poverty Is Growth

Fareed Zakaria:
What do you think is the answer to overcoming poverty.

Robert Zoellick:
Growth is still the best antidote for poverty, but one of the things we’ve learned over the years is that growth is not enough so we talk about inclusive growth.  That means you need all the components: you need the environment for private sector investment, you need the opportunity for creating jobs through companies.  But at the same time, what inclusive growth means to me is that you also need an efficient social safety net, so that when the vicissitudes of economies or world events strike that  people at the bottom aren’t crushed, or you don’t lose a generation to improper nutrition or education.
Posted by igm at 22:51 No comments:

Getting Real on Afghanistan

Fareed Zakaria, on CNN's Global Public Square or GPS, gives a depressing reality check on Afghanistan. He wraps up with the following indcitment of the current American approach:

"The United States could, of course, maintain its current approach, which is to bet on the success of not one but two large nation-building projects. We have to create an effective national government in Kabul that is loved and respected by all Afghans, whatever their ethnicity, and expand the Afghan economy so that a large national army and police force are sustainable for the long run.

"To succeed, we would also have to alter Pakistan's basic character, create a civilian-dominated state that could shift the strategic orientation of the Islamabad government so that it shuts down the Taliban sanctuaries and starts fighting the very groups it has created and supported for at least three decades. Does anyone really think this is going to happen?"

Zach Paikin is running for National Policy Chair of the Liberal Party of Canada. He is intelligent, charming, multilingual, respectful, and well-spoken. In a recent disavowal that his politics could influence the Party, he wrote that the National Policy Chair "is powerless to affect the actual policy of the party." I decided to look further into his political writing and opinions.
“Israel needs to be prepared to enter West Bank cities if necessary, and must be able to create a territorial arrangement therein that suits its interests. Furthermore, ceasing all financial and diplomatic ties with the PA is sure to have major impact. Same goes for Gaza: Israel needs to be prepared to go beyond what it did in Operation Cast Lead and achieve something much more similar in scope and result as Operation Defensive Shield (2002).”
—posted by zpaikin 07Sep2011/2312h

“ceasing all financial and diplomatic ties with the PA is sure to have a major impact.”
Israel’s blockade of Gaza has been roundly criticized from within and without Israel for its humanitarian impact, obstruction of the peace process, and damage to relationships with Israel’s allies. To extend a similar policy to the West Bank and the Palestinian Authority will further alienate Israel’s negotiating counterparts in the occupied territories and inflict suffering on non-combatants in the continuing conflict.

“Israel needs to be prepared to go beyond what it did in Operation Cast Lead.”
Operation Cast Lead,
Columns by Zach Paikin:
Paikin's Vision of Canadian Foreign Policy, pt 1
Paikin's Vision of Canadian Foreign Policy, pt 2
The "Arab Spring" and it Strategic Implications for Israel
The Good
- combine US and Canadian resources to fight terrorism and cyber-warfare
- sign a joint Canada-US carbon tax policy
- go beyond traditional free trade agreements to reduce barriers to mobility and investment
- make bilateral agreements with India and China a top priority
- make education, agriculture, and technology prime components of our aid strategy
The Bad
- proceed with the purchase of 65 F-35 fighter jets
- negotiate a ballistic missile defense pact with US and Europe
- double the size of the Canadian military
The Ugly
- press the United States to keep Omar Khadr at Guantanamo Bay as long as possible
- designate the Iranian Revolutionary Guard Corps as a terrorist organization
- replace CIDA with "more effective, independent operating units"; i.e. eliminate CIDA
Posted by igm at 14:10 2 comments:

Maj Stephen Fuhr (ret) served with the Canadian Air Force as a fighter pilot, flight instructor, and Operational Fleet Manager for the F-18 for over twenty years. He is increasingly frustrated with the government's promotion of the F-35 as the only solution to Canada's urgent need to replace its aging F-18 fleet.

"The people who are supporting it are in love with the idea of the F-35. The problem with it is that it can't deliver the capability it promised on time and on budget, and that's extremely clear to everybody on the planet except the current government."

There are cracks appearing today in the Defense Department's resolve to go with the F-35. Finally, the Chief of Canada's Air Force, Lt-Gen Andre Deschamps, conceded that we are reaching the limits of what would constitute a minimum size for our air fleet with only 65 jets. As costs continue to grow, Canada may find itself having to make a decision about taking fewer planes or increasing the capital budget, a decision that Julian Fantino said is now being deferred to 2013. Deschamps noted that "The number 65 gives us the capacity to cover all our missions with confidence." The corollary? The Air Force could not fulfill its missions if the number of jets dropped below that level.
It is time for the government to evaluate alternatives to the F-35 or risk an operational capacity shortfall: as the F-18's currently in our fleet are decommissioned, we risk not having enough fighters to cover the gap before delivery of our next generation aircraft.
Australia, a country of comparable size and disposition, has elected to defer a decision on the F-35 and take delivery of F-18 Super Hornets instead.
Canadian DND misleads public with latest F-35 brief #cndpoli #military #auspol
Wired's 'Danger Room' on the F-35
Posted by igm at 16:35 No comments: 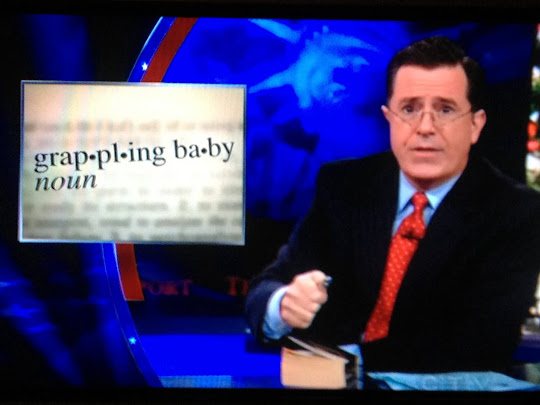 Stephen Colbert famously coined the term "truthiness" on the very first episode of the Colbert Report. His most recent neologism? Grappling Baby.

grap-pl-ing ba-by. noun The all-too-common occurrence of a pregnant woman in Mexico aiming her birth canal at America to launch her baby over the border so then she could climb in using the umbilical cord.

Folks, if you don't think this is happening, you are living in a dream world. That's why I'm calling on the Department of Homeland Security to deploy thousands of volleyball players to the border to spike these criminals back to Mexico. 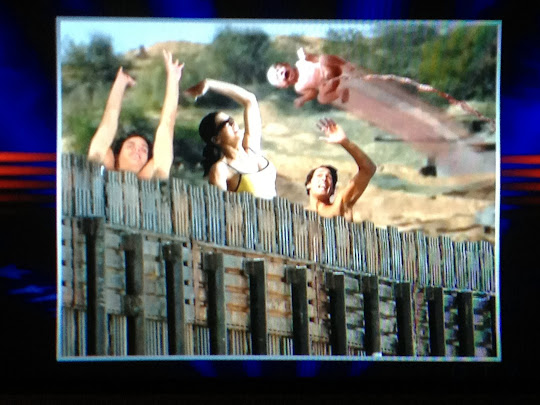 Wanna find out about Christmas? Conan suggests:
giant men with big packages squeezing into tight places
Some Conan material for the faithful 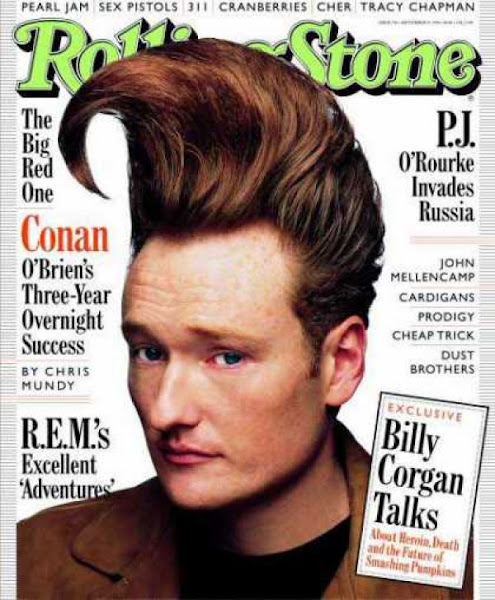 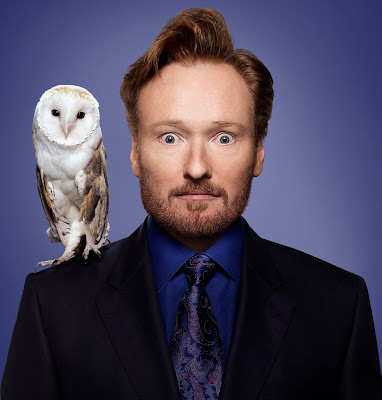 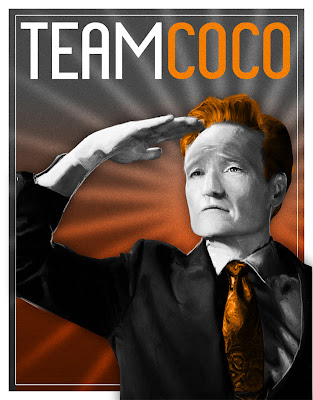 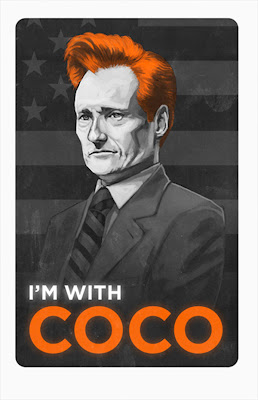 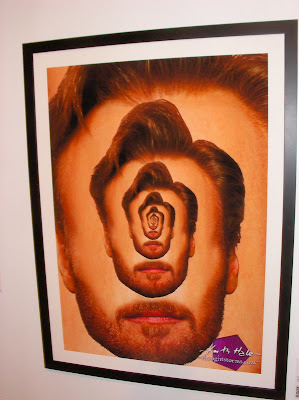 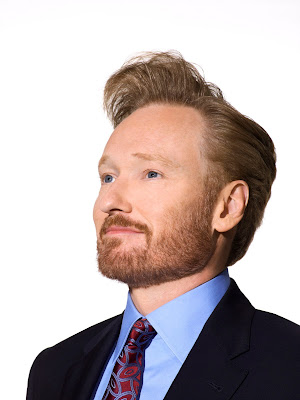 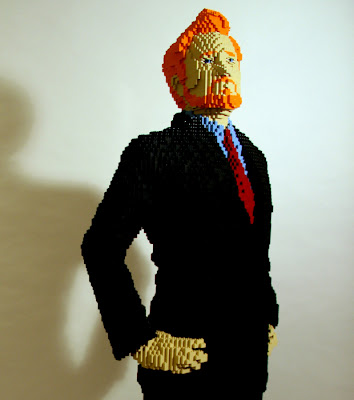 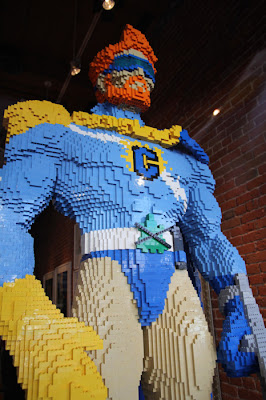