The Life Aquatic, reviewed by my friend Carl

I couldn't resist sharing Carl's succinct review with you: "Let me tell you, they tried to make something unique and interesting with this movie. They did, and it sucked."

Carl furnished us with his review shortly after we exited another movie in which Bill Murray plays a man searching for his long lost son, Broken Flowers.

I can't vouch for the suckiness of The Life Aquatic, as I haven't seen it yet (and may now never see it). I can say that Broken Flowers is a departure for Jim Jarmusch, and not an altogether successful one. This film is decidedly more mainstream than anything Jarmusch has directed before. He inserts product from mapquest.com, Sharp, and Ford Taurus; shoots in color; and writes a character being admonished for smoking for starters. This isn't as radical a shift to mainstream as George Lucas going from THX-1138 to Star Wars Episode V: The Empire Strikes Back. It's more like the Cohen brothers going from Blood Simple to Intolerable Cruelty. 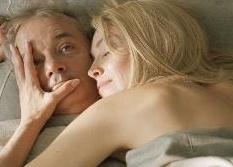 Broken Flowers is highly structured and deliberately paced (i.e. slow), with an episodic format. Murray's character, Don Johnston, tries to reveal the identity of the woman who alerts him to the existence of his son, awkwardly reuniting with a succession of old flames. Murray's portrayal is fun to watch, and Sharon Stone is still magically delicious. The film has interesting things to say about the suburbs, the path not taken, bachelorhood, and the banality of travel. But it says little and hardly engages. It is the Odyssey with no reason to return home.