Jon Stewart calls the pundits on overstating the magnitude of Obama's potential for failure if healthcare reform doesn't get through Congress. He cites Dick Morris's as a representative perspective, and then goes to town:

Dick Morris: I don't know if he'll ever win anything if he fails to get this passed.

Jon Stewart: Yeah, he'll probably end up some two-bit partisan troll, a shell of his former self, his outward physical appearance slowly reflecting the putrefaction of his soul, a Harvey Fierstein-esque conservative minstrel, rolling from town-to-town in a rented conversion van, each day a carbon copy of the last, with only the changing of his three gravy-stained red speech ties to mark the progression of time, every sunrise an incandescent fuck you from a God that long ago abandoned him. 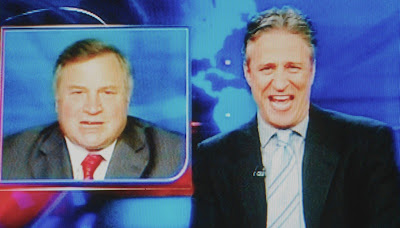