Evolution, and nothing more 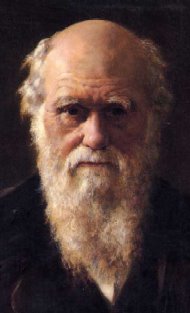 This is the title of an Issues & Ideas column by professor Jerry Coyne that recently appeared in the National Post (Friday, December 2, 2005). Dr Coyne presents a précis of Darwinian evolution, catching up his readership on what science has known for 150 years. He does little to update the concept of evolution, instead devoting the remainder of his column to undermining intelligent design. As a result, neither argument is especially compelling. That is unfortunate, as I have every confidence that Dr Coyne and I agree on the capacity of evolution and inadequacy of intelligent design to explain speciation.

It is tempting for me to rant about intelligent design. In fact, I think I did so last October (Intelligent Design and its unintelligent proponents). I don't know how constructive such rants are, but I have to confess it feels good to rail against ignorance. Even venerated evolutionary biologist Richard Dawkins has lapsed into a good rant or two (see "A Scientist's View" in the Guardian).

As far as I can tell, supporters of intelligent design fall mainly into two camps: scientists who are willing to abandon evolution because it cannot explain all phenomena, and creationists who seek to legitimize their faith by cloaking it in a mantle of pseudo-science. Both are dubious aims worthy of healthy skepticism. Intelligent design may have been a viable competing theory to explain speciation 200 years ago, when such explanations were being developed. There have been alternatives to Darwinian evolution, an explanation that was not immediately embraced. For example, Lamarck proposed speciation by the propagation of acquired characteristics to offspring.

The classic illustrative example is that of giraffes. Lamarck proposed that as giraffes consumed foliage on the lower branches of trees, they had to stretch their necks to reach foliage on the upper branches. The stretched neck trait would be transmitted to their offspring, and over successive generations, neck length increased. 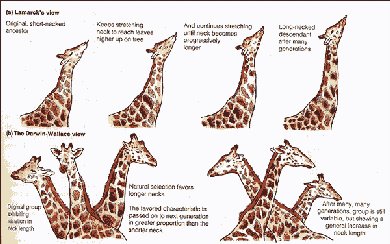 Darwin offers a very different model. He contended that within a population of giraffes there are variations in neck length. In periods when low-lying foliage has been depleted, giraffes with longer necks will have a competitive advantage and be likelier to transmit their long-neck genes to their offspring. The long-neck trait would come to predominate in the population if the pressure on low-lying foliage continued, and over time, only increasingly long-necked giraffes would remain. There would still be variation, but around a lengthier mean.

Intelligent design fails a number of scientific tests. Depending on its formulation, it may neglect the facts, commit fallacies of logic, or be sliced to shreds by Occam's Razor. It should not enjoy equal footing with current evolutionary theory, or even old school Darwinian evolution. I concede that evolution does not yet explain the emergence of all biological traits. But to dismiss such a powerful, predictive, explicative, and elegant theory because of some gaps would grind all scientific enquiry to a standstill if such a practice were more widely applied. Investigate, refine, enhance--don't dismiss.
Posted by igm at 10:06