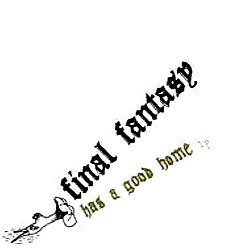 You may know that name already. Owen has a solo project called Final Fantasy, and and a CD titled Has A Good Home. He has toured with Arcade Fire, doing their string arrangements for the album as well. He also toured with Stuart McLean of CBC's The Vinyl Cafe and his day job is as the show's music director.

When the Vinyl Cafe performed in Kelowna, I met Owen backstage. I told him his minimalist looping strings remind me of Philip Glass. Owen performs using a violin, a loop board, and his angelic voice. He lays down a loop on his violin, hits the board, then layers another loop on top of that, hits the board, then plays live melody and sings. The music is wistful and hypnotic. I have no idea how to classify it; which genre do I pigeonhole it into on my iPod? 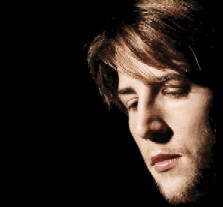 Owen has been appearing frequently on the CBC, whether it's on Jian Ghomeshi's pointless National Playlist, on Go playing live and improvising a song about meeting Mother Theresa (a story which itself was improvised by a comedian), on DNTO, on Radio3, the list goes on. Owen seems ubiquitous in my household, where the CBC plays virtually continuously.

Take a listen to a sample here, and decide whether you think he deserves all the attention.

I can't believe I missed this essential Owen reading:

'The World's Most Popular Gay Postmodern Harpsichord Nerd' appearing in the New York Times on December 11, 2005.

I heard Owen perform in Calgary with Stuart McLean. He was amazing. I hope you and J and the boys are well.