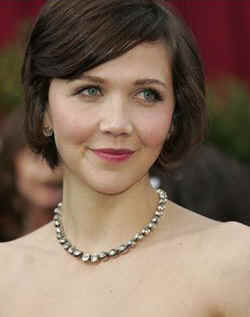 Jon Stewart riffed on the rhetoric of today's anniversary in an interview with Maggie Gyllenhaal.

Gyllenhal was promoting her new movie, Sherrybaby. She was lamenting the poor turnout to advance screenings in LA, versus the great turnout in NYC. Jon Stewart says, "That's because people in Los Angeles haven't learned the lessons of 9/11. See, people in New York know that if you don't go out and see Sherrybaby, you've let the terrorists win."