ProroGate: The scandal that brought down the Harper Government 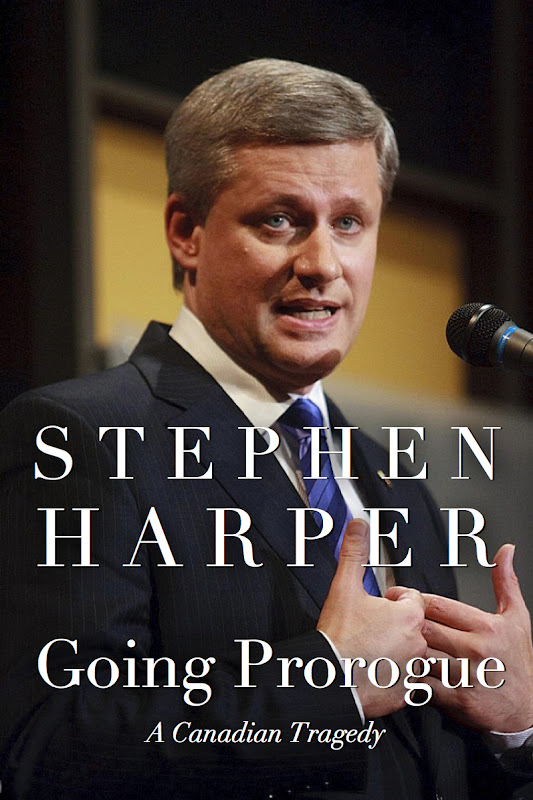 Much has been said about the affront to Canada's parliamentary democracy deployed during the winter doldrums by a secretive PM and a disappointingly compliant Governor General. All it took was a phone call to Rideau Hall. Then some schmuck from the PMO repeatedly told us that such prorogations are "routine," and that on this particular occasion, it was needed to allow the government to "recalibrate." These two words appeared as talking points by neoConservatives throughout the last week.

But many Canadians know that there was nothing routine about this prorogation. It was an extraordinary maneuver calculated to disband the parliamentary committee looking into the handling of Afghan detainees, to evade the order of parliament to supply comprehensive unredacted documents pertaining to the committee's hearing, to silence the discord in parliament prior to a possible spring election, and possibly to abandon some of the 37 bills on the legislative agenda should the government choose to be selective about which they reintroduce.

My shock on December 30 quickly morphed to anger, and then some sort of action. This being 2009, I started a facebook group. I started an online petition, urging the Governor General to reject Harper's request to prorogue parliament. And I delivered it to the Governor General twice, once only 12 hours after starting it—on New Year's Eve—and again a few days later. The number of signatures had tripled, and 9 provinces and territories are represented. Final delivery on Friday, January 8.

I read Andrew Coyne, Gloria Galloway, Michael Ignatieff, Rick Mercer, and others. But in truth, I only needed to read Coyne. His incisive critique of all the party leaders, Harper and Ignatieff in particular, belies his despair at the state of our democracy, one I share.

I talked to my brother, a Miltonian, about the Long Parliament that began in 1640. I even had the temerity to draft the text of an act similar to the one enacted by British parliamentarians in 1641 to ensure their relevance and the continuation of their session: An Act against Dissolving the Long Parliament without its own consent. I imagined that if the opposition parties could only decide to unite in purpose to reject the government's transparently self-serving action, that they would be able to hold Harper to account and we could throw the bums out.

We'll see. I've been unimpressed by the virtual indifference of the opposition leaders. A weak Op-Ed from an absent Ignatieff. Even less from Layton. Nothing could make Harper's case for the irrelevance of parliament more strongly than the absence—their actual physical absence!—of the two leaders from the public. In Harper's version of the Night of the Long Knives, his opponents are too sedated to hear the zing of the blade or feel its sting.

Here's hoping they wake up before it's too late.
Posted by igm at 21:07

Great links, great ideas, and it's good to know the petition is still alive. I'll circulate it today!

The Economist concurs with the 58.7% of Canadians who oppose prorogation: "Never mind what his spin doctors say: Mr Harper’s move looks like naked self-interest. His officials faced grilling by parliamentary committees over whether they misled the House of Commons in denying knowledge that detainees handed over to the local authorities by Canadian troops in Afghanistan were being tortured. The government would also have come under fire for its lack of policies to curb Canada’s abundant carbon emissions. Prorogation means that such committees—which carry out the essential democratic task of scrutinising government—will have to be formed anew in March. That will also allow Mr Harper to gain immediate control of committees in the appointed Senate, where his Conservatives are poised to become the biggest party."

The Economist's editorial can be found here