The last time I was in Quebec City was September 2009, the 250th anniversary of the Battle of 1759. The cover of Urbania magazine that month featured a portrait by Simon Duhamel of Capitaine Quebec. It was a gorgeous photo-illustration, and I regret to this day that I didn't pick up a copy of the magazine.

But I was poking around some old notes and found a reference to the cover that refreshed my memory. I searched around and ultimately found the cover and a making of video, then discovered the photo on Duhamel's website. Here is the photo in all it's glory: 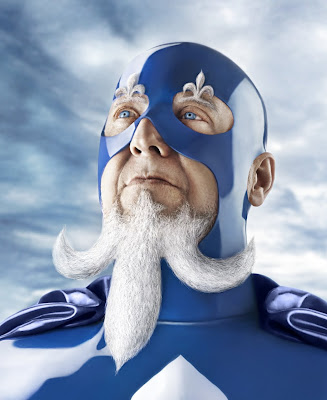