I have to repeat this great line from last night's Colbert Report:

...the media has gone from an old boys' club to an echo chamber. If you want people's attention you don't need to be right, you just need to shout. 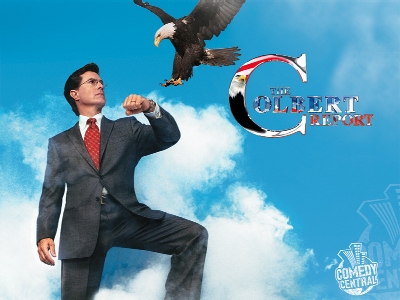 In the old media, an overpaid staff of fact-checking dinosaurs would have ignored this story. But new media pioneers like John Gibson knew that this story was too important to corroborate before reporting on the report. If you stop to check the factual basis of every 50-point headline, you're just going to get scooped by the guy who runs with an even bigger font.