This is all the more surprising considering that the expression was already out there. I only discovered its risque meaning after Stephen Colbert ordered his Nation to type the search terms into google.

Like his guests--authors, politicians, musicians--I, too, enjoyed a Colbert Bump, a momentary surge in popularity by association. The evidence: 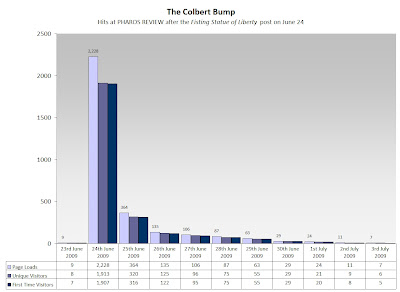