AP is reporting that Alaska Governor Sarah Palin will resign at the end of the month. There is naturally speculation that she will make a run for the White House in 2012, a contest whose campaign probably begins in earnest in 2010.

I was thinking about this the other day, kind of a What Would Barack Do? gedanken experiment. I imagined fielding the obvious question, "Are you pleased that Sarah Palin is considering a run for the Presidency in 2012?"

At first, I imagined Obama quipping, "I would love nothing more than to compete against Palin in 2012." Then I understood the answer to WWBD? He would say, "I am only six months into a four-year mandate. I am focused on meeting America's complex and challenging objectives at home and abroad. I will not worry about the intentions of Governor Palin in 2012. But I will say this, the American people deserve the best candidates for the Presidency in 2012, and in every election. If the Republican Party nominates Governor Palin for that role, it will be up to the American people to decide whether she is the superior candidate." 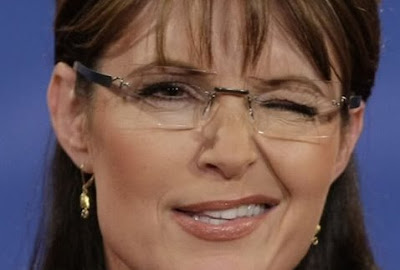 she probably got tired of all the attention; maybe she's not cut out to be a celebrity after all

Doubt it. She'd have a lot more attention if she were VP right now. I'm guessing she's taking a break from being governor so she can focus on assembling a candidacy team for 2012. There are some who actually believe they can make lemonade from this lemon.